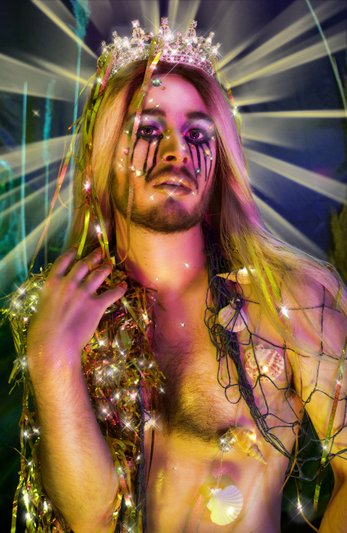 Chapter One: The Princess of The Scheldt - The Beacon

In the beginning there was nothing except for the beating heart of the world. The steady sound set the gears of creation in motion and soon, The Land and The Water appeared the world’s edges. The Land and The Water lived as close as lovers, and for centuries this was enough. Then, suddenly and without warning, The Water gave birth to a son and she called him Princess. The Water laid The Princess down deep beneath her surface. Here The Princess slept peacefully, soothed by the sound of the world’s heartbeat. The Land, however, was mad with jealousy when he heard of The Water’s son, because he was unable to see her creation where it lay deep beneath the surface.

The Land would groan and tremble in an attempt to wake up The Princess, but the child was undisturbed by it all.  The Land’s jealousy would not fade, so he set out to create mankind and he told them to mimic the heartbeat of the earth. Mankind, eager to please their creator, created drums and a new beat started. For hundreds of years mankind beat their drums and danced to the rhythm, but The Princess slept on still. The Land would guide mankind, wherever he thought The Princess might be able to hear the sounds, and told them to build cities. Slowly, mankind spread all across the world, their drums growing louder and louder.  Finally, mankind arrived at the banks of the Scheldt and they built a city there and called it Antwerp. They had made a wise decision, for it was at the bottom of the Scheldt that The Princess lay sleeping, and he soon heard the very first whispers of mankind’s beat. The Princess sighed lightly at the disturbance, and his breath bubbled to the surface of the river.  “Kijk! Kijk!”, the people of Antwerp yelled in their curious language, pointing excitedly at the Scheldt. Having seen this first glimpse of The Princess, they were more motivated than ever, and Antwerp grew along with the sound of their drums.

Finally, after a hundred long years, the rhythm awoke The Princess and he rose up from the water and stepped onto the banks of the Scheldt. Mankind rejoiced. The Land and The Water were at peace once again. The Princess, new to solid ground, quickly grew accustomed to the dancing and singing and celebrating that mankind did.  For a hundred years more, the celebration went on, but The Princess became tired of the primitive rhythms mankind had created. He asked them to come up with new beats and new dances, but they were unable to do so. The Princess built a beacon to shine a bright light into space, hoping his invitation for new musicians and dancers might be heard. His call would soon be answered…